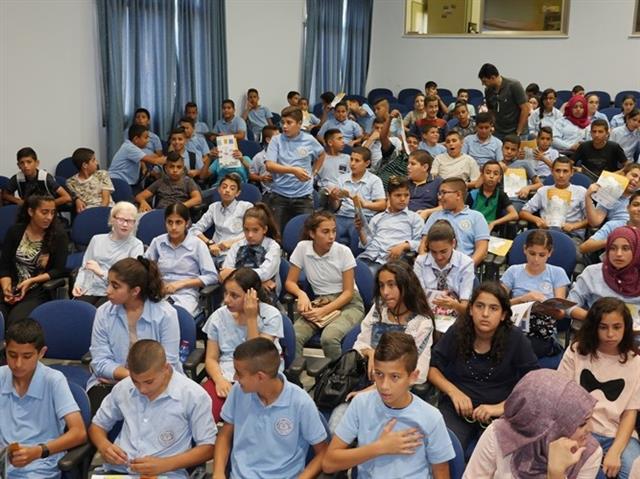 “Researchers’ Night – Humanity in 2050” Event funded by the European Union and Ministry of Science, took place on September 19th, 2017 at Al-Qasemi Academic College of Education.
The college opened its doors and invited schools, families and the general public to an event devoted entirely to science.
The event included different activities and workshops.
The activities included lectures, lab tours, performances, experiential workshops, and eye-to-eye meetings with scientists.
The visitors learned new concepts in science, technology, engineering, computer, mathematics, history and languages in a fascinating and experiential way.
The entrance to all activities was free of charge.
One of the important aspects of the event was “how humanity will be in the future”, especially in science, space and astronomy.