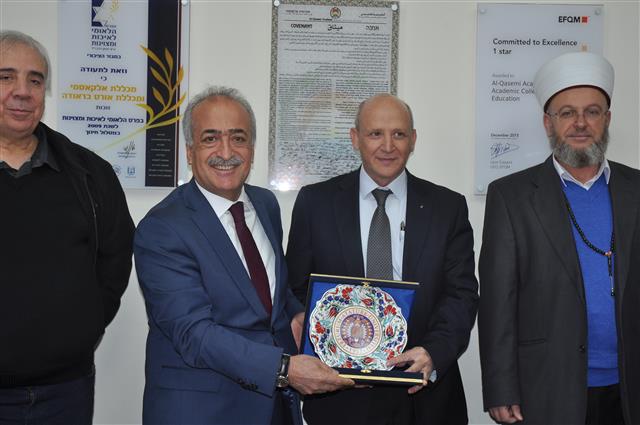 An agreement of academic collaboration was signed between Al – Qasemi Academic College of Education and Ataturk University - Turkey; during a study visit in Al-Qasemi College, Baqa Al-Gharbiyya on 7th of December 2017. The delegation from Ataturk University consisted of the rector of the university Prof. Omar Comakli, officers and employees of the university. Al-Qasemi College was represented by Prof. Bashar saa’d – The president of the college, Dr. Yassin Kittani – VP for Academic Affairs, Mr. Muhammad Kittani – VP for Administration, and members of the public relations office and spokesperson. The visit aimed at establishing scientific and educational relations between the institutions, and discussing the possibilities of cultural and academic exchanges as well as the establishment of joint international conferences between the two institutions in the fields of science and humanities.